Into the Wild (by Jon Krakauer) 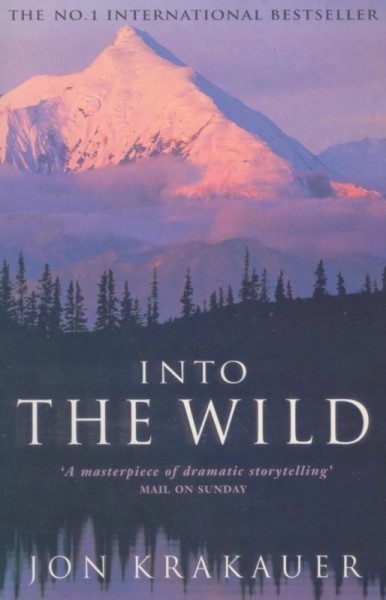 A few years ago, I watched the film that was the adaptation of this book. The film was inspiring and emotional – I expected the same from the book. Perhaps, I even expected more given that a book is always richer than a film in details.

WARNING – THIS REVIEW CONTAINS SPOILERS OF THE FILM so if you want to watch it, which I’d highly recommend, stop reading here and come back once you’ve watched the film :-).

However, the book was only a bit emotional, but just because I kept comparing it to the film. I wonder if it’d have triggered the same feelings, if I hadn’t watched the film.

I don’t even know if I’d have liked it because I found it a bit confusing. I thought it was all about the story of Christopher Johnson McCandless, aka Alexander Supertramp, but no, that was only the main story. Together with it, there were many other stories told, including the author’s one, which kept interrupting the flow of the reading.

Also, I didn’t like Krakauer’s interpretations of Chris feelings. He didn’t know him, so just because he read his journals and found himself in a similar situation it doesn’t mean that they felt the same emotions.

In any case, I appreciated the effort of the author in trying to reconstruct the life of Chris. Without any doubt, this book made me reflect to a great extent.

One of the episodes that made me stop and think a lot was the killing of the moose.

I now wish I had never shot the moose. One of the greatest tragedies of my life.

Chris had established his home in a deserted bus that he had found in the wilderness. After the film, this had been attracting many visitors who, unprepared for the rigors of the challenge, were putting themselves at risk. So, the authorities decided to remove it for safety reasons.

The bus is now kept at the University of Alaska – Museum of the North.

It left me shocked that, when he was finally ready to go back to civilization, what stopped him in realising this was the same place where he had found his answers. He found an obstacle in nature, so he “literally became trapped in the wild“, as he wrote in his notes on his 100th day out there.

What moved me most about Chris’ story was that when he had found what he was looking for, this cost him his life.

I kept wondering how he might have felt when he knew he was going to die and wrote his farewell on a piece of paper and even took a picture of himself holding it, smiling.

Goodbye Chris and thanks for the great life lessons you left us with.

HAPPINESS IS ONLY REAL WHEN SHARED.

In April, 1992, a young man from a well-to-do family hitchhiked to Alaska and walked alone into the wilderness north of Mt. McKinley.

His name was Christopher Johnson McCandless. He had given $25,000 in savings to charity, abandoned his car and most of his possessions, burned all the cash in his wallet, and invented a new life for himself.

Four months later, a party of moose hunters found his decomposed body. How McCandless came to die is the unforgettable story of Into the Wild.

Immediately after graduating from college in 1991, McCandless had roamed through the West and Southwest on a vision quest like those made by his heroes Jack London and John Muir. In the Mojave Desert he abandoned his car, stripped it of its license plates, and burned all of his cash.

He would give himself a new name, Alexander Supertramp, and, unencumbered by money and belongings, he would be free to wallow in the raw, unfiltered experiences that nature presented.

Craving a blank spot on the map, McCandless simply threw away the maps. Leaving behind his desperate parents and sister, he vanished into the wild.