The Queen’s Gambit (by Walter Tevis) 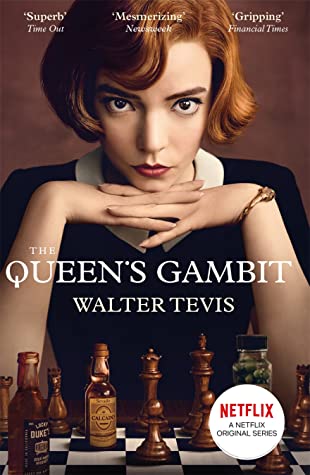 I made a mistake. I made a beginner’s mistake. I watched the Netflix series first and a few days later I read the book. I will never do this again. I’ll always read the book first and watch the screen adaption after.

The reason is that I couldn’t develop any imagination while I was reading, because I already knew the details of the whole story and how this was going to end. I missed a lot the making up in my mind of the visual scenes as it’s typical of when you read a story – these were already stored in my mind because of the series.

I must say that the series was very faithful to the book, only a very few minor things were different or omitted, I think for the sake of making sense in the screen adaption.

So, the read felt very light and quick. However, this was not only because I could clearly see in my mind the characters and the scenes from the series, but also because the writing style was definitely brilliant.

A nice story, worth reading it… I wish I could say more about the book… if only I hadn’t watched the series first!

When she is sent to an orphanage at the age of eight, Beth Harmon soon discovers two ways to escape her surroundings, albeit fleetingly: playing chess and taking the little green pills given to her and the other children to keep them subdued.

Before long, it becomes apparent that hers is a prodigious talent, and as she progresses to the top of the US chess rankings she is able to forge a new life for herself. But she can never quite overcome her urge to self-destruct.

For Beth, there’s more at stake than merely winning and losing.